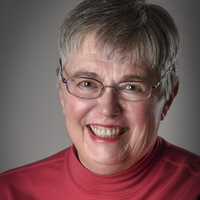 Margaret R. Evans will play an all-Bach recital on Friday, Aug. 26, at 3 PM in the SOU Music Recital Hall. The recital is free and free parking will be available in the lot across the street from the Music Building.

Program: the Toccata in d minor (“Dorian”), the first Trio Sonata, three chorale preludes, the d minor concerto by Vivaldi arranged by Bach, and the Prelude and Fugue in e minor (“The Wedge”)

Margaret R. Evans, SOU Professor of Music Emerita, has played recitals throughout this country. She has a professional CD of a program she played on the Spreckels Organ in Balboa Park, San Diego. In 2000, to celebrate the 250th anniversary of the death of J. S. Bach, she played three all-Bach programs on three different pipe organs in the Rogue Valley.

About the Worth Harvey Organ:

The SOU Music Recital Hall pipe organ was installed in 1974 after a nation-wide fundraising effort led by Medford resident, Agnes Flanagan. Worth Harvey gave the largest donation, thus the organ is named after him. The instrument was built by Balcom and Vaughan, a Seattle builder, and has 36 stops with nearly 2000 pipes over three manual and pedal divisions. In 2000 solid state stop action was installed. Nearly all money spent on the organ has been privately raised. Dozens of organ students have used it as a practice and recital instrument. Nationally- and internationally known artists have played it, and it was used prominently in the1997 Northwest Regional Convention of the American Guild of Organists. For detailed information about the instrument, see https://pipeorgandatabase.org/organ/19105

There will be no livestream available for this concert.