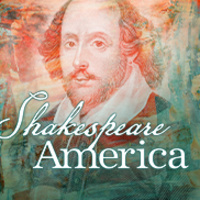 Long-time OSF actor Kevin Kenerly, new OSF Associate Artistic Director Scarlett Kim, and Kate Wisniewski, Co-Founder of Seattle’s upstart crow collective, will take part in a special event, “Is Shakespeare Still Our Contemporary?:  A Panel Discussion,” on Saturday, June 4, 5-6:30pm, in the Meese Auditorium (in the Art Building) at Southern Oregon University.  The event, sponsored by ShakespeareAmerica, is free and open to the public.

In person event only - recording will be posted to the Oregon Center for the Arts YouTube Channel after the event here: https://www.youtube.com/c/oregoncenterforthearts

David McCandless, Director of Shakespeare Studies at Southern Oregon University, will moderate the discussion.   The event’s title is a nod to Jan Kott’s hugely influential book, Shakespeare:  Our Contemporary, published in 1964.  Kott famously found parallels between Shakespeare’s plays and the political upheavals and absurdist perspectives of the 1960’s.

As McCandless explains, “to ask if Shakespeare is still our contemporary is essentially to ask if his plays still have relevance to an audience in 2022, especially if the goal is to question rather than to confirm the cultural status quo.”  “It will,” McCandless promises, “be especially interesting to hear what these accomplished artists have to say on that subject.”

Kenerly has been a member of the acting ensemble at OSF for the last 25 seasons.  He has performed such Shakespearean roles as Romeo, Troilus, Orlando (from As You Like It), Hotspur (from Henry IV, Part One), Oberon (from A Midsummer Night’s Dream) and the King of France (from All’s Well That Ends Well).  This season he stars as Prospero in The Tempest, which opens June 1 in the outdoor Elizabethan Theater.

Wisniewski, as co-founder of upstart crow, has taken part in multiple Shakespearean productions with exclusively female and non-binary casts.  She co-authored Bring Down the House, a two-part adaptation of Shakespeare’s Henry VI plays, produced by both Seattle Shakespeare Company (2017) and OSF in their curtailed 2020 season.  This season, Wisniewski appears in the title role of King John, another upstart crow project produced by OSF.

Shakespeare America is an SOU-OSF consortium, founded by David Humphrey, Director of the Oregon Center for the Arts at SOU, and Paul Nicholson, Executive Director Emeritus at OSF.   Past events have included special interviews with Oskar Eustis, Bill Rauch, Peter Sellars, and Joseph Haj, and panel discussions on the subjects of “African-American Shakespeare,” “Directing Shakespeare in the 21st-Century,” and “The Woman’s Part in Shakespeare.” Register
This event content is powered by the Localist Community Event Platform.