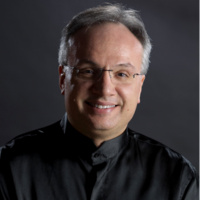 In July 2003 he succeeded in the 'Web Concert Hall International Competition' (USA) winning both as a soloist and as a Piano Duo together with his wife Paola Bruni. He has also been awarded of the 'Foyer 2005' Prize by the 'Foyer des Artistes' in Rome for his carreer and the quality of his playing.

Many of Iannone's performances have been broadcasted live by RAI (Italy) and KBYU (Provo,Utah). In the United States he has performed at the University of Michigan (Ann Arbor), Cleveland, Salt Lake City (Abravanel Hall, Hassembly Hall), New Orleans, Louisiana State University (Baton Rouge), Macon, in France at the Salle Cortot and Centre Bosendorfer of Paris. He has also performed in Edimburgh (Reid Hall), Amsterdam (Concertgebow Recital Hall), and Germany (Schorndorf). In 1996 Mr Iannone gave made his debut in South Africa where he played the Rachmaninov 3th Concerto with the Transvaal Philharmonic Orchestra and the Cape Town Symphony Orchestra under the baton of Carlo Franci and Reinard Schwartz.

In 1997 Pasquale Iannone has recorded two CDs : the first with a live performance of the Rachmaninov 3th Concerto and the second with the two Brahms' piano Sonatas and the first two studies.

In 2000 he has recorded an other CD with Tschaikowsky's and Rachmaninov's piano music sponsored by the prestigious 'G. Cini' Foundation of Venice which has been awarded as the best Italian Cd of the year.

He has also played in two pianos ensemble with the italian pianist, and his wife, Paola Bruni. They have been invited to play by prestigious concert societies in Italy, Usa, Rumenia, Sud Korea and South Africa where they performed with the Johannesburg Philharmonic Orchestra. The great conductor and composer Carlo Franci dedicated a piece for 2 pianos, great orchestra and electronic sound to their Duo which has been recorded by the Italian label 'Musicaimmagine' under the baton of the composer himself.

In the last few years, highly acclaimed performances of Mr. Iannone have been the Poulenc 2 Pianos Concerto played with Aldo Ciccolini, appearances in recital and as soloist with orchestra in Japan, two concerts in Carnegie Hall (Stern Hall) in New York, the performance of the Piano Concerto op.59 by Moszkowsky in Germany and in Milan where he has been immediately invited again to play the X. Scharwenka's Piano Concerto n.4.

Artistic Director of some music organization in Puglia (Italy), Mr. Iannone organizes concert Series and a Summer Piano Festival and is also very active as a teacher in Italy and abroad. Many of his pupils have won National and International prizes.

In the last two years, Mr. Iannone played as recitalist and as soloist with orchestra in Italy, Roumania, Japan, France, USA and Germany.