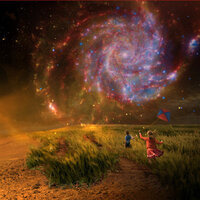 Friday Science Seminar: Detecting Life - It's not as easy as it sounds

The search for exoplanets, planets outside our solar system, has been partly driven by basic scientific curiosity, but the major impetus is the strong desire, by the tax-paying public as well as funding decision-makers, for proof of life beyond the Earth.

There are two parts to this quest: finding life as we know it and finding life so different from our own that the basics of biology would have to be rewritten. Explorations in our own solar system, in the so-called Snow Zone, are occurring in parallel with explorations of exoplanets atmospheres. But there are dangers—as several Mars missions have discovered, announcing the presence of life before very detailed studies are done, can back-fire. Many geological and chemical processes can create gases and other “potential life signs.”

Victoria Leo and Rick Baird are amateur astronomers with biology and chemistry grad degrees respectively, who are fascinated by the most recent research into the process by which chemistry transitioned into biology, and how it can be detected using robot landers and the latest generation of terrestrial and space-based telescopes in multi-frequency ranges.  They teach at OLLI now and previously taught university classes and worked at The Boeing Company, with degrees from Arizona State, Caltech and MIT.